Get a free Persistent Pain Manual

How to Reduce Knee Osteoarthritis Pain with Exercise

Breast Cancer and Exercise in Canberra

Exercise after Bariatric Surgery in Canberra

Exercise for preventing and treating osteoporosis in Canberra 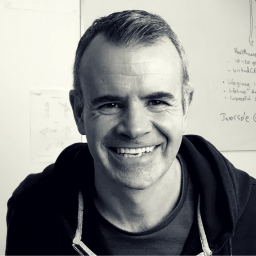 Why exercise is Important

Ehlers Danlos syndrome (EDS) refers to a group of genetic disorders that affect the connective tissue which gives structure to joints, muscles, blood vessels, and organs. In Canberra, you have Exercise Physiologists, who will tailor your exercise program to you.

Symptoms vary from person to person, depending on the type of EDS. A common symptom is hypermobility in the joints where joints extend farther than they should.

Hypermobile joints are prone to dislocations, which can make exercise challenging for patients with EDS. However, exercise, in combination with Massage Therapy, can help strengthen the muscles around the joints and prevent dislocations.

BOOK A TIME NOW TO EXERCISE

Where do I start?

You need someone you can trust with your body.

Clients with EDS should work with a local (Canberra) Exercise Physiologist to find out how they can exercise safely. We can design a safe and effective exercise routine to help you build strength, mobility, and range of motion safely while strengthening any joints that are prone to dislocation.

In general, your exercise program will involve aerobic exercises to build lung capacity and strength, and resistance training to build muscle strength.

Booking a session is easy. Click on the green button above and pick exercise to get things rolling. Our clinic is safe, in Belconnen in Canberra, and all sessions will be one on one which means you will have the support and care of individualised exercise program prescription.

You may have NDIS funding or you may be eligible for Medicare rebates. If you do please speak with us and we will organise everything.

The Best Resources for Ehlers-Danlos Syndrome Rehabilitation Exercise In Canberra

As mentioned above Accelr8 Rehab is the best place for you if you need to start exercising when you have EDS. Exercise Physiology prescription along with massage is a great combination to get you moving and mobile.

Mobility is great. Hypermobility, not so much | The Canberra ...

You might have heard those incredibly flexible people like gymnasts and dancers describe themselves as double-jointed. While a person's flexibility peaks in childhood and can vary from joint to joint, there are some people who encounter flexibility in multiple joints along with pain. This is known as hypermobility syndrome.

Orthopaedic surgeon Dr Marcus Chia said that approximately five per cent of the population is affected by hypermobility, with children and females being more affected than men.

"Most people with hypermobility live a normal life but some have more frequent musculoskeletal complaints such as ankle sprains, anterior cruciate ligament injury and shoulder instability," said Dr Chia.

Aim: To assess the prevalence, severity and impact of fatigue on individuals with joint hypermobility syndrome (JHS)/Ehlers–Danlos syndrome–hypermobility type (EDS-HT) and establish potential determinants of fatigue severity in this population. Methods: Questionnaires on symptoms and signs related to fatigue, quality of life, mental health, physical activity participation and sleep quality were completed by people with JHS/EDS-HT recruited through two social media sites. Multiple regression analysis was performed to identify predictors of fatigue in this population. Results: Significant fatigue was reported by 79.5% of the 117 participants.

Multiple regression analysis identified five predictors of fatigue severity, four being potentially modifiable, accounting for 52.3% of the variance in reported fatigue scores. Predictors of fatigue severity were: the self-perceived extent of joint hypermobility, orthostatic dizziness related to heat and exercise, levels of participation in personal relationships and community, current levels of physical activity and dissatisfaction with the diagnostic process and management options provided for their condition.

Conclusion: Fatigue is a significant symptom associated with JHS/EDS-HT. Assessment of individuals with this condition should include measures of fatigue severity to enable targeted management of potentially modifiable factors associated with fatigue severity. Implications for rehabilitation: Fatigue is a significant symptom reported by individuals affected by joint hypermobility syndrome/Ehlers–Danlos syndrome–hypermobility type. Potentially modifiable features that contribute to fatigue severity in this population have been identified. Targeted management of these features may decrease the severity and impact of fatigue in joint hypermobility syndrome/Ehlers–Danlos syndrome–hypermobility type.

Symptoms and signs of Ehlers-Danlos syndrome

There are many different types of EDS. All of them involve extremely flexible joints and fragile skin that bruises and stretches easily.

Some find their joints are so flexible that they have frequent dislocations, and this often leads to pain in the joints.

Some people with EDS have distinctive facial features such as a thin nose, thin upper lip, large eyes and ears without lobes.

Your doctor will assess your symptoms and medical history to diagnose Ehlers-Danlos syndrome. A genetic test might be done to confirm the diagnosis.

If you have Ehlers-Danlos syndrome, you will need to be careful when doing activities that can put stress on your joints and increase the risk of injury, such as contact sports.

There is no specific treatment for EDS, but symptoms can be managed through:

If you have EDS, you may see a range of health professionals to help you manage your condition, including physiotherapists, occupational therapists, psychologists, rheumatologists and genetic counsellors.

Where to get help with Ehlers-Danlos syndrome

You can read more about genetic conditions and genetic counselling at:

Andrea was a professional dancer for 12 years, working overseas at the Moulin Rouge in Paris, Son Amar in Spain and Carnival Cruises in the USA. Because of this, Andrea treats many dancers and conducts pre-pointe and dance fitness assessments for dancers of all ages. Through this she advises dancers on Pilates based exercise programs to improve technique and strength. Andrea is trained in teaching Pilates and Yoga and she is a member of Osteopathy Australia.

On the eve of National Stroke Week, ACT Labor has committed to build on its strong record of delivering quality stroke services in the ACT by improving care for stroke survivors after they leave hospital.

If re-elected, an ACT Labor Government would provide $320,000 over four years to the StrokeFoundation to recruit a dedicated care coordinator to link patients who have left hospital with    clinical, rehabilitation and social services recovery.

The Stroke Foundation would receive $80,000 each year to employ the coordinator to help support an estimated 450 Canberra stroke survivors as well as allow the organisation to collate data to improve the quality of services for stroke patients who have left hospital.

The plan is modelled on a program trialled in Queensland that has had great success. It would allow the Stroke Foundation to provide comprehensive post-hospital support to stroke patients, their carer and families with a patient follow up and referral service.

Healthcare has always been a priority for ACT Labor. That’s why we’re already expanding the emergency department, building a new teaching hospital and opening two more free nurse walk-in centres. And it’s why we will invest even more in support for stroke survivors and stroke-related services.

There is increasing demand for stroke-related services in Canberra. Stroke is among the three largest causes of death in Australia and a leading cause of disability. One in six people will have a stroke in their lifetime, and the number of admissions to Canberra Hospital’s stroke unit has increased by more than 30% in the last decade.

These new funding measures for the Stroke Foundation build on Labor’s existing commitment to stroke patients. In the 2016/17 ACT Budget Labor committed $5 million in funding to cutting edge technology and specialised staff to carry out more interventions for the treatment of stroke.

With Stroke Week starting tomorrow, this timely announcement once again shows Labor’s commitment to health support services for Canberrans.When it comes to investing in health, Canberrans know they can trust Labor.

Only Labor will continue to support and employ more doctors and nurses, who already deliver more than a million health services a year to Canberrans.

Maddison is at it again!  This ambitious 11-year-old had a successful meeting with Australia’s Prime Minister! She asked for five minutes and got 30! She feels she got her message across and that it will yield positive results in promoting EDS Awareness and a possible EDS clinic in Australia.

PRIME Minister Tony Abbott will fly the flag for Ehlers Danlos Syndrome next May with Caroline Springs’ Maddison Parker by his side.

The determined 11-year-old’s dream came true yesterday when, after two years of campaigning,she finally sat down with the Prime Minster at a private meeting in Melbourne.

Her mission has always been to raise awareness of EDS, a condition that affects both her and her younger sister Kayla, and push for a connective tissue clinic to be established in Victoria.

Maddison said she was totally blown away by Mr Abbott’s reaction to her cause, and was positive he was on her side.

“He seemed to be on board and said he would chat with Premier Denis Napthine about pushing for the clinic and he said he was trying to put money aside for research.” – Maddison Parker.

Maddison said she was stunned when Mr Abbott unexpectedly asked her to meet him in Canberra next May, Ehlers Danlos Month, to fly the flag for EDS.

“This has been a dream come true, I asked for five minutes and got 30 and I think I definitely got my message across.

“Mr Abbott told me not to give up and that’s made me even more driven.”

Maddison said she could not have got as far as she has without the help of Melton Leader.

“Without you I seriously doubt this meeting would have happened as quickly as it did, so thank you so much I could not have done this without Leader.”

Maddison said her focus now was to continue to push for a clinic in Victoria and raise funds for research.

“This is not the end, it’s just the beginning, I’m not finished yet,” she said.

Due to Maddison Parker’s persistence, the flag will fly in Australia for Ehlers Danlos Syndrome in May 2015.

How to Reduce Knee Osteoarthritis Pain with Exercise

Breast Cancer and Exercise in Canberra

Exercise after Bariatric Surgery in Canberra

Do You Want a Free Persistent Pain Manual? Please Click Below